The June 4-10, 1988 edition of Radio Times celebrated Superman’s 50th birthday (albeit a couple of months late) with a cover feature, a small article, and a brand-new two-page Superman strip written and drawn by Dave Gibbons (who also drew the cover) and coloured by John Higgins from a concept by Dirk Maggs. (I’m saving the strip until the end of this feature; it is the dessert, after all, and — as a wise but terrifying Scottish teacher once asked — “How can you have any pudding if you don’t eat yer meat?”)

Back in 1988, there were two main British TV and radio listings magazines: Radio Times, which covered the BBC channels, and TV Times, which covered the independent channels. They didn’t share information: if you wanted to know what was on all the channels, you had to buy both magazines. Hard to believe now, but that was just the way things were, kids. Or, of course, you could just check the listings every day in your daily newspaper, because back then every household used to buy a newspaper every day, though I’m pretty sure that in most cases they bought the paper solely for the TV listings.

Anyway… Because the Radio Times was a weekly publication, each issue only had to cover seven days; two TV channels and maybe half a dozen radio channels (depending on which part of the UK you were in). Not a lot. Plus, TV didn’t go on all night back then. So the magazine had to space out the gaps between ads with something… Hence, features!

Kicking off the Superman celebrations, an episode of the 1940s Adventures of Superman serial was broadcast on the morning of Saturday, June 4th…

The following day…Dan-dan-daaaaaan! Superman on Trial! Yay! (Readers who wanted to know more details about the show would have to flip to page 51, where the listing for the repeat had all the info. That’s like peering into the future, man: I’m sure it’s not safe.)

But there was no time to savour how good the show was: listeners had only three minutes to morph into viewers and turn on their TV set in time for the BBC1 documentary on Superman…

But even all that wasn’t enough for the noble Radio Times, who enlisted noted poet Roger Woddis to put quill to parchment and craft a jaunty wee poem about everyone’s favourite orphaned Kryptonian. 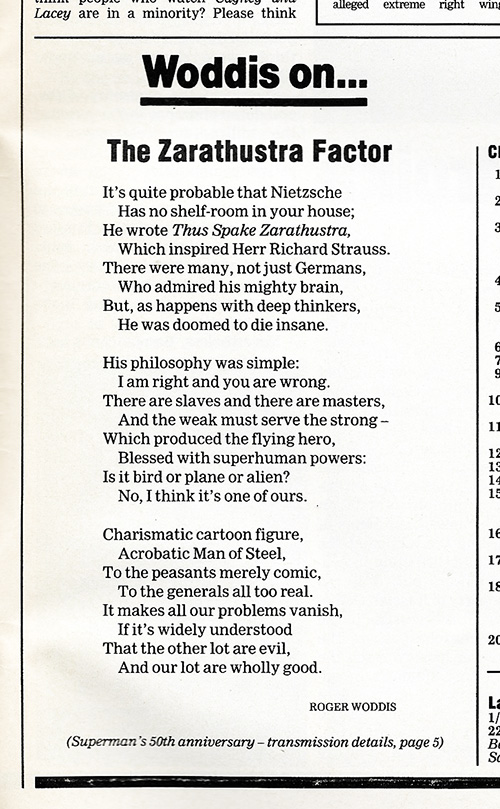 And now, finally, here’s the Superman strip itself… Enjoy! 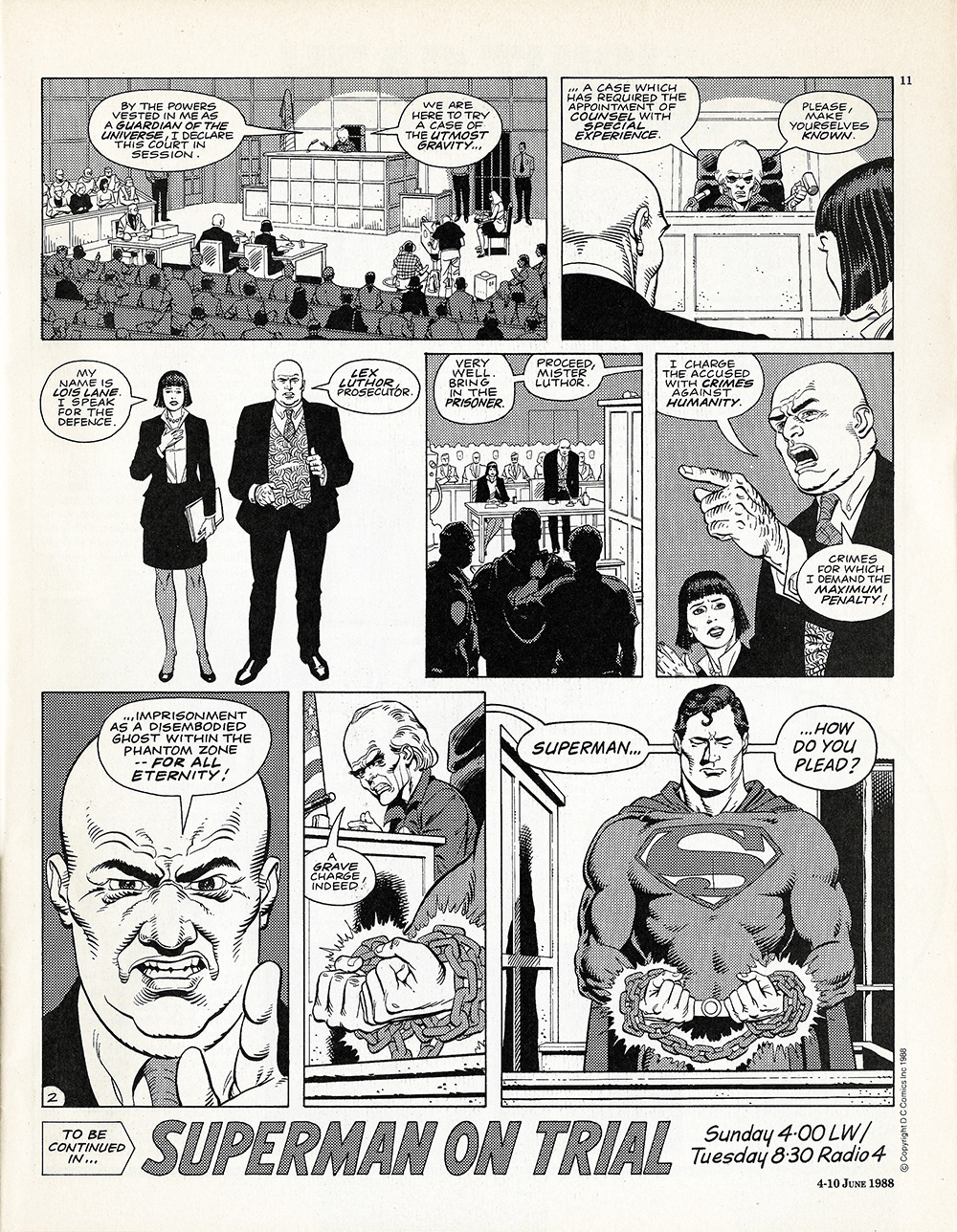 More info on Superman on Trial can be found on Dirk Maggs’ website.